The Rainbow Tower reopens to the public for Open House Milan. 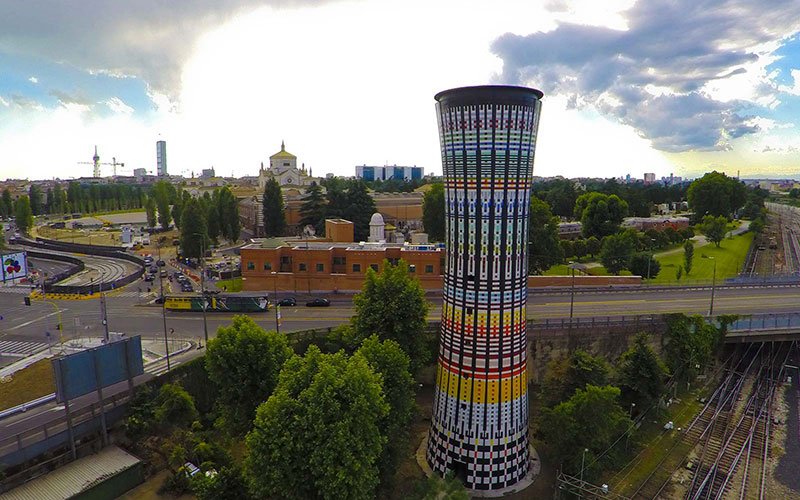 The second weekend of May brought the first edition of Open House Milan (OHM), an annual event, free for all to experience, which is part of Open House Worldwide, an international circuit launched in London and now rolled out in 31 cities across 4 continents. The initiative launched in Italy in 2012 with Open House Rome.

Over the course of the weekend, the initiative offered free access, with specialist guides and volunteers, to public and private buildings of significant architectural value that are normally closed to the public. Open House promoted the theme of active participation of citizens in day-to-day city life, promoting dialogue between private and public sectors, between local residents and business, and increasing the sense of belonging to one’s city.

One venue on the vast Milanese itinerary that proved particularly popular was the Torre Arcobaleno(Rainbow Tower), a structure dating back to 1964 and once upon a time an anonymous water tower on the site of the important FS Milano Porta Garibaldi railway station. The Tower was first renovated ahead of the football World Cup held in Italy in 1990, a project that turned a neglected, unloved public work into a highly recognisable urban landmark.

In preparation for Expo 2015, the Tower underwent a major refurbishment, organised once again by Studio Original Designers 6R5 in partnership with Marazzi and Mapei, partners in the earlier 1990 renovation, together with Bazzea, Condor and Fila.

For both projects, Marazzi supplied ceramic tiles from itsSistemC collection, which offers a complete range of twenty-five colours, three surfaces (glossy, matt and structured non-slip), four formats and two 3D effect relief surfaces. Marazzi ceramic tiles dovetailed perfectly with the brief of the Original Designers studio, which has always deemed colour to be an essential part of the design philosophy for the Tower, both in 1990 and in 2015.