Inicio The Tile Club Ceramics among past, present and future. Interview with Stefano Mirti

Ceramics among past, present and future. Interview with Stefano Mirti 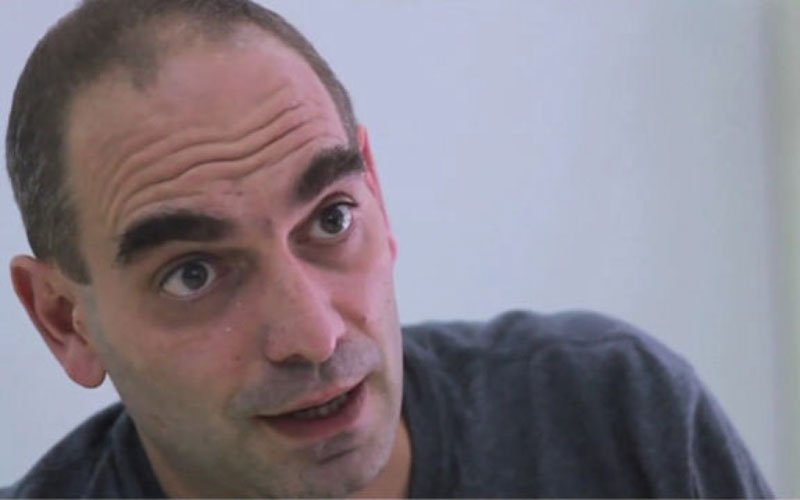 Why were ceramics the material of inspiration for a project like “Ceramic Futures”, of which you are one of the creators?

Fired clay is one of the most interesting materials in the entire history of humanity. The oldest pieces of pottery found by archaeologists date from about 25,000 years ago.
This is thrilling, and I find it mind-blowing.

When we went to Sassuolo, to visit the ceramics district, we saw a lot of factories. You took us, all together, to see your production operations at the Casiglie plant. So. There we were, it was spring 2013 and there were lots of people busy working with incredibly complex equipment, producing highly sophisticated ceramics. It amazes me to think that 25,000 years ago there were other people busy working with equipment (also incredibly complex in their terms), also producing highly sophisticated ceramics.

So ceramics have been a constant, throughout human history ...

Yes, absolutely. There are times, situations, in which it becomes obvious that the history of mankind is first and foremost a question of the culture of materials. When you visit a ceramics production plant, this truth is unavoidable: it is there before your eyes.

So if we think of the kilns they used in prehistory, or in Ancient Egypt, everything becomes incredibly exciting: you have this clear sensation that you belong to a flow of ideas, inventions and intelligence that have been performing exactly the same function for thousands of years.

I like this way of yours of looking back to the past...Given the name of your project (Ceramic Futures), I thought you were only going to talk about imagined futures with science fiction overtones.

Let’s just imagine that Dante’s cosmology is real. So the time will come when someone who lived and worked in Sassuolo in 2013 meets someone from the Carpathians 25,000 years ago, and as a conversational gambit, he says, “Excuse my curiosity, but what job did you do?” And the other guy answers, “I was a potter, I don’t know if you know ...”. So then another guy comes up, who used to live in the Nile Delta (ten thousand years ago), and he introduces himself by saying, “Pleased to meet you, but what a coincidence, I used to make ceramics too”. In ten minutes a big group has formed, with hundreds of people (from different ages and geographical locations) talking eagerly, all brought together by the fact that they once worked with ceramics. And the most fascinating fact is that they have lots to tell one-another, as if they were old friends.

So this is when you look to the past; and in the future?

I think it will be just the same. Because each of these gentlemen from the past strove constantly to perfect his techniques and develop new equipment that would enable him to improve his production processes and his products.

This has been the case over the last 25,000 years and as far as we know it will be the same for the next 25,000. I imagine that in 27,013 archaeologists excavating the Sassuolo and Modena area will come across the mysterious machinery of buried, vanished civilisations ...

Turning to your project, in your view what are the most interesting aspects of “Ceramic Futures”?

It is the first attempt to combine the dynamics of the social media with the ceramics manufacturing world. I would say that the results are positive. The project established a digital connection between students from four European universities and put them to work, at different locations but constantly linked.

And the whole process was made visible and open, for everyone to share. The other day I was looking at the various web pages of the young people who took part, and I was struck not only by the quality of their work but also by that of the documentation they had found. There were tons of very interesting references and ideas. This is a great way of working, very effective. It’s contemporary and the results confirm the value of our initial idea.

To generate a positive short-circuit between the traditional techniques of the ceramics production chain with the most extreme mechanisms of the social media world. To take industrial production and link it in to Facebook and Twitter. And then stand back and await results.

What are the most interesting aspects of this process, which you started up with “Ceramic Futures”?

The intersections and relationships between the participants. This amazing fact that enables the projects to intersect. What one person discovers is immediately available to everyone else. Another person can use what I have produced and vice-versa. A real community, where the relationships established between the various people are as important as each individual's end result.

Looking at this project, what do you think are the main mechanisms available to the ceramics industry (and our district) for promoting itself to best effect?

I think I can safely say that this is a time of transition and transformation. Communications (and promotion and marketing with them) are changing radically and this is having a profound impact on all sectors of human activities. Previously, communication was one-way (from the top downwards), but now as well as traditional means of communication, involving press releases, exhibition stands and catalogues, we have other, completely new forms. Finding out how to use these new tools is fascinating, not just as an intellectual and conceptual challenge: it is fascinating because it provides us with very powerful tools, with which we can do incredible things.

So these new communications tools will replace the ones we are used to?

No, not at all. The traditional tools will still be with us. It is just that we now have a new layer, overlapping the world we once knew. The people and organisations who manage to make the most effective use of traditional tools by combining them with the new ones will be the most successful in the world of the future (in other words, in the world of the present). There’s nothing new about that.
That’s the way it’s always been. Technological progress is not based on substitutions. Technological progress (in all fields) thrives on hybridisation, grafting and the overlapping of the methods and technologies of different periods. It’s just the same today: every age is faced with its own innovations. Just as it was for our ancestors, busy firing ceramic figures 25,000 years ago ....